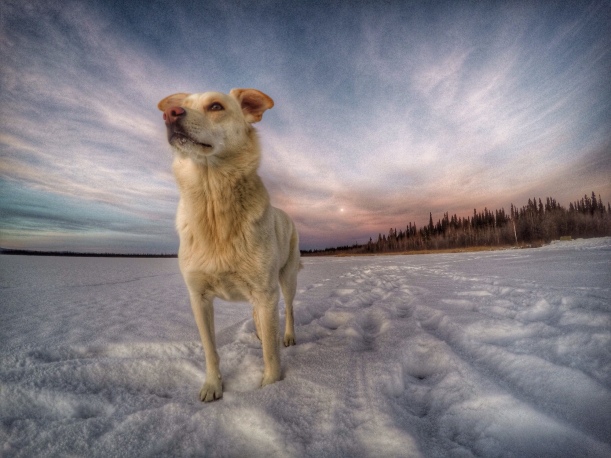 Most epic dog ever!

It’s been so long I’m quite certain most of you have forgotten about me.  I’m still kicking in case you were wondering.

My last post spoke about that jagged little hook growing out of my heel.  Well, it’s still there and it still hurts, but I am running.  It isn’t hurting more, but it isn’t getting better so I figure I may as well keep running. I am hoping I’ll just pound that spur off eventually.

I am still adventuring, but due to the recent cold snap our outdoor adventures last about an hour.    Did you know that running in snow shoes or just in the snow alone (even in the most epic shoe ever made – the Salomon Snowcross) takes much longer than snow free.  I am dwelling more on effort and less on distance right now. 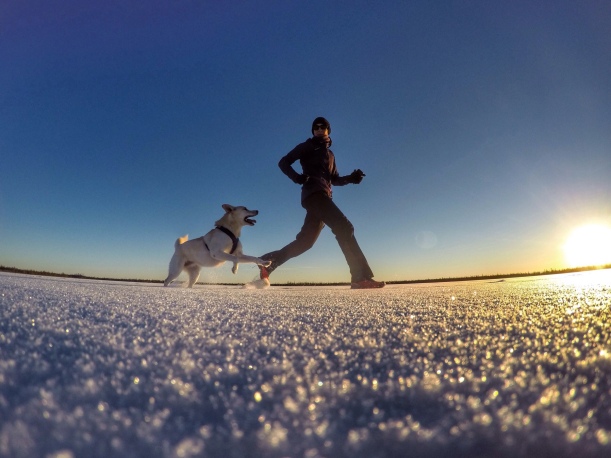 Just out chatting and running

Not to make this a post about me and my woes, but I will take a paragraph of your time.  My absence is due to the fact that I now work two jobs.  Thanks to the downturn in the oil and gas world, I lost my dreamy job.  I won’t opt for the “fly in fly out” model where I work for a week or two in another community because I have this cool dog named Kobi who means the world to me so I opted to stay put so we could continue to hang out on a daily basis. 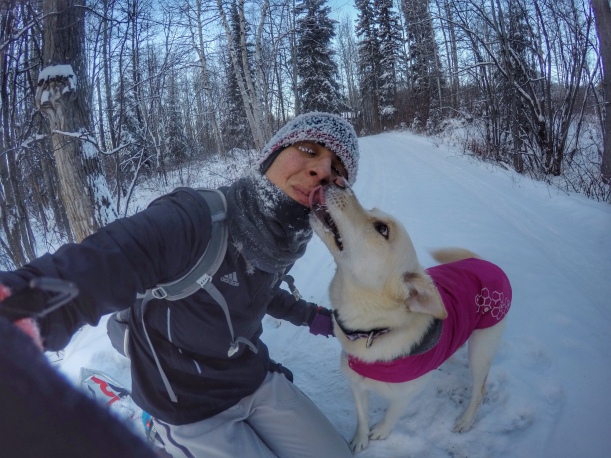 How could I leave this girl?

I will say that working two jobs has taken meal preparation and scheduling things like exercise and running errands to a whole new level.

Perhaps one day I’ll work a normal job with a normal routine and I’ll just be that much more organized.  Ha!  Who am I kidding!  I’ll last .7 hours and I’ll be back to my usual procrastinating self.

Have you missed me?  You probably have missed Kobi, she is pretty cool.  Is it cold where you live?  Snowcross or snowshoes?  Do you even own either?  Thoughts on meal preparation?  Are you ready for Christmas?? 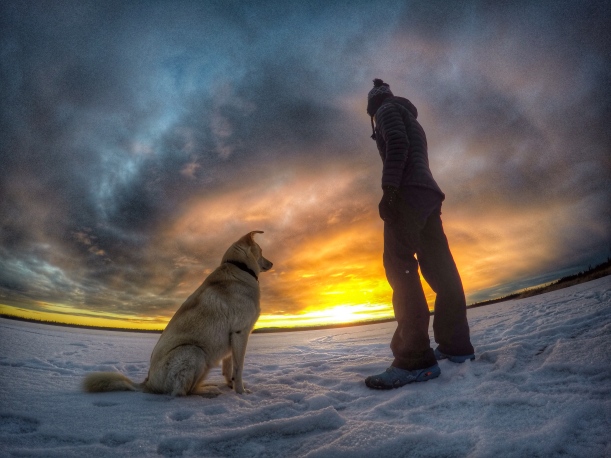 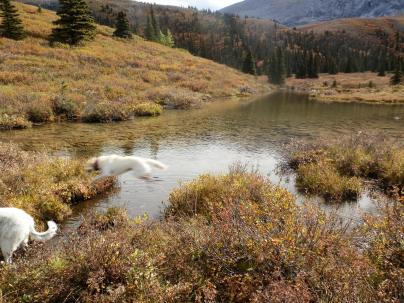 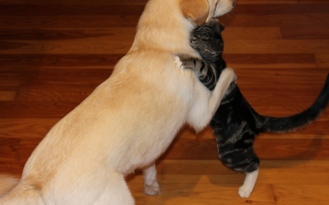 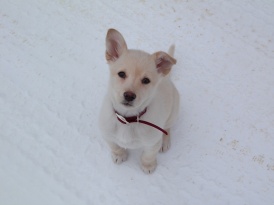 Becoming one with the snow.
We made the executive decision to run on the less muddy town trails.
Kobi had one more run-around on the lake (took this shot on Wednesday). I suspect the ice will be gone soon.
Today’s run was sponsored by 57 cans of Labatt Blue.
I’m definitely getting her a cape.
I love her as much as she loves snow! And we got more snow!
Loading Comments...
Comment
×